The Christmas House was built in 1883 by Captain William A. Weatherhead.  Captain Weatherhead was a distinguished Civil War veteran.

After coming back from the war, Captain Weatherhead managed the Greenock Mill in Green Oak Township, Michigan, which was the first gristmill in the area.  He was instrumental in the development of the railroad and allowed the railroad line to traverse his property.  He also allowed a post office to be erected on the mill site and acted as Postmaster and Treasurer of Green Oak Township. 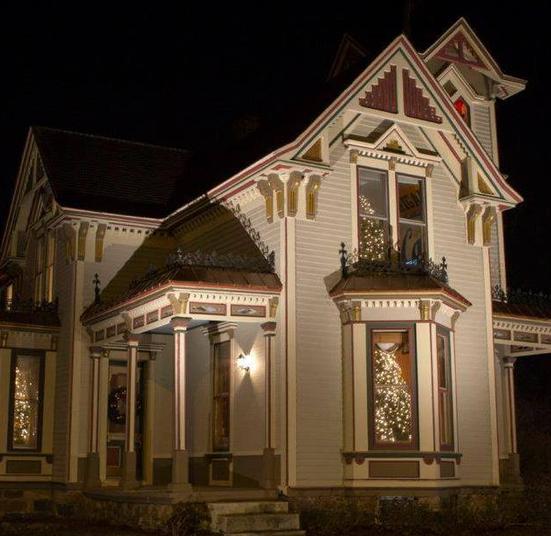 In the 1930s, the home was subdivided into three apartments, and housed a number of tenants until the late 1980's, when it was lovingly restored back to its original single-family splendor.

In 1916, the home was purchased by Levi Bennett Quick, a prominent local businessman and fellow Civil War veteran.

Mr. Quick and his wife Roxie contributed liberally to the Methodist church that stood across the street.  In later years, the church relocated to its present location on South Lafayette; however, "Quick Hall" still stands as a monument to their generosity.

An antique stencil belonging to Mr. Quick was discovered in the rafters of the carriage house and is now proudly displayed in the kitchen!